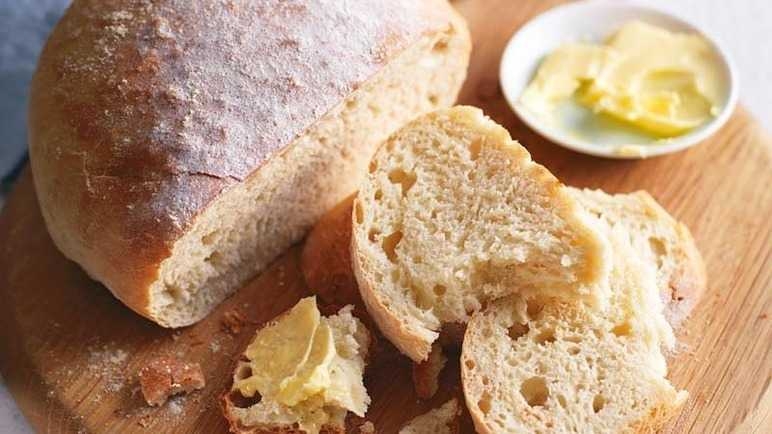 Today, in our country most breads are made from wheat. In modern mills, white flour is obtained by separating crusts and crust of wheat crushed by 72% or less. If the dandruff ratio is above 72 percent, brown flour quality is formed. Dark brown flour is naturally more nutritious. Because of the grain of wheat and its essence; vitamins, minerals, oils and fibers are not lost. However, since the whole wheat flour contains seed oil, it gradually becomes sour and makes it difficult to keep this flour for long periods.

It is the gluten complex that forms the "network mesh" that gives flexibility to the bread, its bubble and its light consistency, and it is located in the shell of the shell and hardens by cooking. Glutamine and protamine from the proteins found in wheat flour provide elastic and soft dough by adding water and kneading. The gases formed by the added yeast facilitate the spreading of the gluten complex equally to the germ and provide the pulp blistering. When the blasted dough is put into the high temperature oven, the gas which expands by the effect of heat makes the dough slightly cooked by dough. The quality of the bread and the nutritional value of the flour used in these processes depend on the gluten complex and the cooking temperature.

It is a product obtained by milling wheat according to the technique of wheat cleaned and tempered from foreign materials (TS 2974).There is a close relationship between the quality of wheat and the quality of the flour it is grinded. For this reason, the quality of the wheat must be known in order to determine the amount of flour. Only three of the 14 species of wheat grown in the world are economically important. Those are:

It is believed that wheat flour contains a white and homogeneous structure. In fact, wheat flour comes from a large number of components, and each component has an effect on the bread loaf of flour. Each wheat flour may differ from the others. The biggest component of wheat is starch. Although the wheat is powdery and has a structure, the water content of wheat flour is very high. The protein part of wheat flour is found in many different proteins. Changes in bread ability of wheat flour are mainly due to differences in the quantity and quality of the protein. Most wheat flour proteins have the ability to form gluten in the dough. The outer part becomes liquid in the dough. In terms of technology, only gluten-forming proteins are important and their properties and their effects can be listed as follows.

- When they grow up they are connected to each other,

- When they swell, they become elastic,

- When they are swollen, they can hold gas,

- They change the structure when they are heated,

Glutenin has effects on bread production;

- In the process of dough kneading, it absorbs water twice as much as its weight,

- Bamboo is an elastic structure

- It keeps the fermentation gases in the dough, which ensures that the dough acquires a light and      porous structure,

- During baking, your plant constitutes the basic structure.

- Wheat Starch does not melt in cold water,

- Dry starch can be broken in hot,

- The effects of bread on the bread starch;

- The starch is solid in the dough,

- Starch causes water to accumulate on the surface of the dough,

- Fragmentation products are sugars and these sugars are important for fermentation and for the color of your broth.

- During baking, the dextrins on the surface of the bread will come to the foreground. With light, yellowish color first, then brown color. Condensation vapors and the resulting dextrins in the oven are given a brilliant image.

The outer part of the wheat contains substances which are not used by the human digestive system and are called cellulose and pentosan. Cellulose and pentoses have the following characteristics that are important in terms of bread production process.

- Cellulosic and pentosan absorbs large amounts of water and swells

- During the process of dough kneading, they absorb water in large quantities. Because of this, dark colored flour will absorb more water.

- Pastries made with flour containing too much wheat flour are sticky and damp and the lengths are short. As a result, the fermentation tolerance of the dough and the gas holding ability are reduced, and the breads become smaller in volume.

- Despite dust and dry appearance, wheat flour contains moisture that can be considered important. However, if this amount of humidity is too much, the following undesirable conditions occur.

- Undo clumps occur. The elimination required to remove these pellets results in loss of flour and time.

- Mold is observed in a short time

- Mold smells in breads and flours.

- It causes the flour to break down by its own enzymes

- The amount of undegradable sugar starts to rise. If the process is excessive, the dough will lose its fermentation tolerance and gas holding ability and affect the quality of the bread in the negative direction.